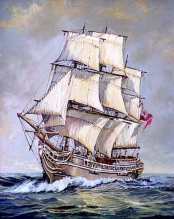 Botany Bay is just south of Sydney Harbour and acts as Sydney’s industrial port. Botany Bay was found unsuitable for settlement in 1788 so the First Fleet rowed north to Port Jackson (aka Sydney Harbour) and settled on a fresh water stream, which they named Sydney Cove. Governor Phillip called the site Sydney Cove in honour of Lord Sydney, the Secretary of State for the colonies. So began Sydney (Cove dropping from the name) with 568 male and 191 female convicts and 13 children; 206 marines with 26 wives and 13 children; and 20 officials. It now has a population of well over 4 million. From about 1800 onward, when the first Irish political prisoners landed, they were kept in either Paramatta, in West Sydney, or Botany Bay.

Botany Bay, Ireland and the penal colonies are forever linked together in myth, legend and song. The aboriginal people were the earliest inhabitants of the Botany Bay area. They set up camps along the banks of the Cooks River and on the shores of Botany Bay, hunting, fishing and gathering food. Trees and plants provided the raw material for food, medicine, implements and weapons. It was discovered by Captain James Cook on April 29th, 1770 – the first European to land on the east coast of Australia. He named it Stingray Harbour. Two of his companions, Daniel Solander and Joseph Banks, were botanists, and they were entranced by the number of flowers blooming in the area. Banks persuaded Cook to change its name to Botany Bay. Their vivid impressions were responsible for the projected location there of the convict establishment under Captain Arthur Phillip of the Royal Navy in 1788.

Botany Bay is now a modern municipal city, with a population of 300,000. Its population would have been only about 3,000 in the early 1800’s, mostly political prisoners and a few platoons of Redcoats. Sydney Airport’s third runway juts onto the bay. A monument on the south shore marks the site of Cook’s landing.

Immigration from Portumna to Australia, New South Wales & Queensland from 1828 to 1866